Beating the Bank With a Shorter Rod 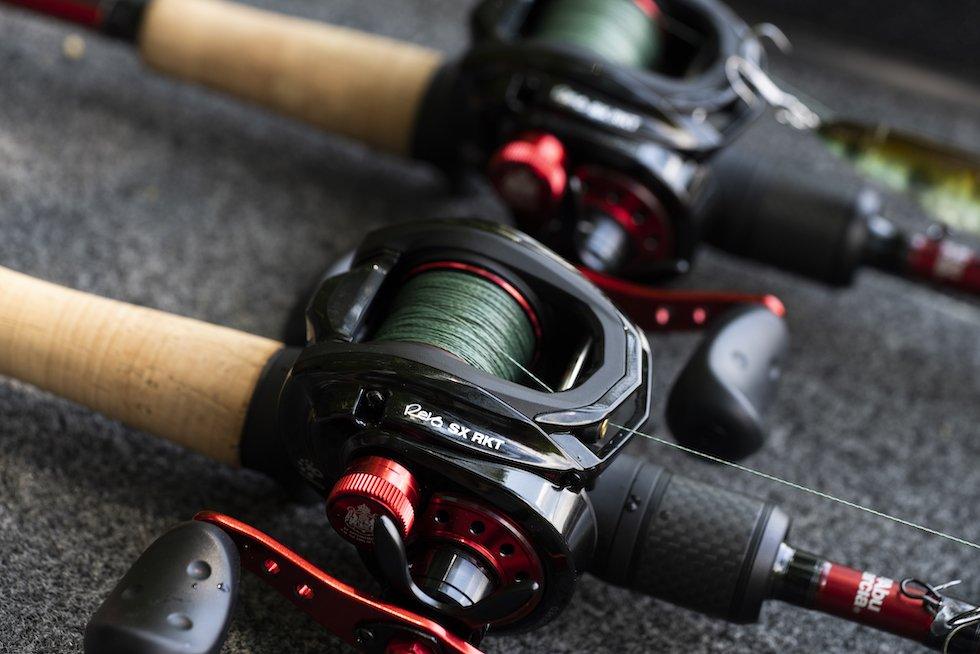 There was a time, not that long ago, when a 7-foot, medium heavy rod was considered a fairly beefy, long rod. But with more and more technique specific gear pushing rod lengths skyward, it seems a 7-footer is at or below average now. Only in stature, however. You shouldn't sleep on the 7-footer, especially when choosing a rod for shallow topwater fishing.

Regardless of the type of topwater, the majority of anglers are most comfortable and effective working a bait with their rod tip down when fishing the shallows. It’s easier to maintain a consistent cadence with walking and popping style topwaters with the rod tip down. And it’s impossible to do it any other way when skipping topwaters like frogs and buzzbaits under cover like bushes and docks.

Fishing a topwater with your rod tip down also gives you ample room to set the hook hard in an upward motion with bolder hooked baits like frogs, toads and buzzbaits. While you want to just reel and pull into fish that commit to a treble hooked topwater.

A well-built 7-foot medium heavy like the Abu Garcia Vendetta LTD will also have enough tip to help prevent an eager over reaction if the fish just swipes at a treble hooked bait on its initial approach. Just keep working the bait in that situation and 9 times out of 10 the bass will come back and essentially hook itself as the rod loads up.

But if you're south of 5’ 10” yourself, you’ll find that working a bait this way with anything north of a 7-footer is quite difficult. For those even more vertically challenged, you may want to move to something like a 6-foot, 10-inch Abu Garcia Veracity. Having the wrong setup for this style of fishing is as detrimental as punching with a spinning rod. But not only in how you work the bait. 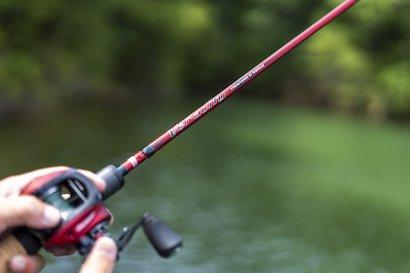 A fast action, somewhat shorter rod like this is also essential when working around targets. There will be times fishing a topwater where you need to employ every trick in the book to get the bait where you want it to go. One cast may need to be a little roll cast, while the next you’ll need to backhand. Followed by a cast or two skipping and then a two handed bomb cast on down the bank while you make your way to the next piece of cover… where you’ll need to skip the bait with a backhanded roll cast to get under the prettiest bush of the day.

The perfect, shallow water topwater rod has a soft enough tip for those little roll and backhand casts, but enough backbone to pull fish out from under, and sometimes even through cover. The backbone is the main reason that you should stay with a 7-footer, if you can, and not go any shorter. Once you go below there, you start to lose the necessary power. Exponentially more so south of 6-foot, 9-inches.

On the flip side, moving above a 7-footer puts too much rod in your hand to execute those closer-quarter casts accurately and without fatigue. Even moving up to a 7-foot, 3-inch rod, you’ll notice every action you exert is exhausting eventually. Attempting a backhand roll cast with a rod just three inches longer is at least twice as difficult. Many anglers think they're incapable of skipping baits with a baitcaster or performing these types of casts when in reality, they just don't have the right tool for the job.

Obviously, efficiency is what we’ve been talking about so far in regards to why a 7-footer should be your go-to rod for shallow topwaters. Nothing will strain your psyche more and have you wanting to load the boat on the trailer than repeatedly putting your bait in the bushes because you're trying to hammer a nail in with a screwdriver. Having the right tool for the job is paramount, as previously stated. But efficiency is everything when fishing a shallow topwater for a whole other reason.

Shallow topwater fishing, especially in the summer months, generates big bites. But… they can be few and far between. So, every cast needs to count. It’s no secret that a large portion of the bass population moves offshore on most fisheries when the water temps skyrocket. Those that stay shallow are typicality very bait or cover oriented. They're either harassing the tenants of a bluegill bed or tucked away in the cool shade of a piece of cover.

Either way, when you do come across a bass, you don't want to be even a foot out of position with your bait. That could be the difference between getting that one 5-pound bite you've been looking for all day and instead having the fish run out of the shade and just boil on the bait since you weren't able to put it where it needed to be. Even worse, hanging up in a tree and easing up to retrieve your lure, only to see that kicker fish swim off as you approach.

Accurately making presentation after presentation is more important in this style of close quarters fishing than it likely is in any other. That’s why the perfect topwater rod is so necessary. Pair the 7-foot medium heavy Abu Garcia Vendetta LTD with the Revo SX RKT LP in 9:1 gear ration and you have a combo that will allow you to quickly but effectively scour the shallows in pursuit of the “one big bite” you need this summer.