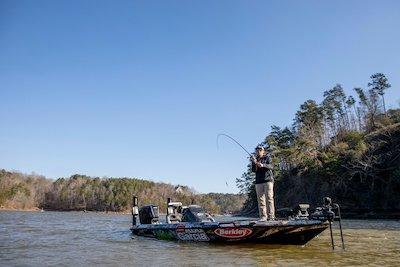 Quick! What's the easiest type of bass lure to fish?

Many of you probably answered, “Crankbait!” And it’s hard to argue with that. After all, the diving crankbait is designed to be cast out and cranked in. It can be fished just that simply … and sometimes that’s all you need to catch fish.

Next question: What’s the lure type that most anglers fail to use to its greatest potential?

If you answered “Crankbait!” again, you’re not wrong. Sure, you can just “chunk and wind,” but a more nuanced approach will serve you better and keep you in consistent action.

These tips will take you to the next level.

If you’re an experienced cranker, you already know that a small diameter line, a long cast, and a low gear ratio reel like the 5.4:1 Abu Garcia Revo EXD-W (23 inches of line per turn of the reel handle) will help to get your crankbaits deeper, effectively reaching water that’s ordinarily out of range of diving lures. But other anglers on your waters are already doing that. Where can you get an edge?

For one, try “kneeling and reeling.” The tactic is not new — it’s been around since the early 1980s —but few anglers go to the trouble or effort.

To kneel and reel, make a long cast from your knees and then stick your rod tip into the water. For every foot your rod tip is under the water, you’ll gain an additional foot of diving depth because you’ve eliminated the surface tension of the line on the water and changed the pull point. If you’re using a rod that’s seven feet or longer (and you should be in order to make long casts) and put the rod in the water all the way up to the reel, you’ll get five or more feet of additional depth from your baits. That could put a Berkley Dredger 22.5 down around the 30 foot range!

Another way to get extra depth out of your crankbaits is to lengthen the presentation. Even the best casters rarely exceed 55 yards on a conventional cast. That’s enough to get most deep divers to their advertised depth, but if you want them to go even deeper, try “long-lining” or “strolling.” It’s a technique that’s extremely effective when fishing an area with a large potential strike zone, like a creek channel drop off or long point.

First, make a long cast past one end of the structure you want to fish. A reel that’s made for long-distance casting like the Revo EXD-W will help. Instead of beginning your retrieve immediately after the lure hits the water, use your trolling motor to pull away from where your bait landed and peel line off your reel until you’re 100 yards or even more from where it floats. Then begin a moderate, steady retrieve. The 5.4:1 gear ratio of the EXD-W will help you get the most depth out of any crankbait.

By adding 30, 40 or 50 yards of line to the beginning of your presentation, your bait is going to dive much deeper than it would on an ordinary cast and retrieve. Better yet, if you lined everything up properly, your crankbait will be in the strike zone much longer than it otherwise could be. Combine long-lining and kneeling and reeling with a super-deep-diving lure like the Berkley Dredger 25.5 and you just might hit bottom in 35 feet of water or even more. Just be patient when you feel that bite and set the hook. You’ll have a lot of winding to do before you get your fish to the boat!

(2) Match your bait action to the bass’ metabolism.

It’s probably true that every crankbait has its own unique action, but we can make some useful generalities. For one, baits with rounded sides tend to have a wider wobble than flat-sided models. That’s something we can use to our advantage.

As cold-blooded creatures, the bass’ metabolism runs faster as the water warms. In cold weather, a more subdued lure action is usually best. That’s when flat-sided crankbaits like the Berkley Frittside and Bad Shad really shine. Throw them when the water temps are 55ºF and below. If the water’s warmer than 60ºF, lures like the Berkley Digger, Dredger and Wild Thang will likely get more attention and draw more strikes. And if the water’s between 50 and 65ºF, you’ll just have to experiment a little until you find out what action they want.

When the water’s warm and the bass are active, add even more action to your crankbaits by using a Size 3 Berkley Cross-Lok Locking Snap above the split ring that comes on most crankbaits. This “belt and suspenders” approach (a snap and a split ring on the same lure) gives baits a little more freedom. Plus, it makes it easier to change lures.

(3) Trigger strikes with a directional change.

One thing that real forage does that most lures don’t is change direction when swimming. Sometimes the forage changes direction to avoid being eaten. Other times baitfish and the like change direction because they’ve encountered a barrier … or to move up or down in the water column in response to an environmental change. Whatever the reason, these directional changes are something that savvy crankbait anglers can mimic to get more strikes.

There are basically two ways to do that. The first is simply to run your lure into an obstruction of some kind. That obstruction could be the bottom, or it might be a piece of cover. In the ’70s and ’80s, it was called “bumping the stump,” and it was done with crankbaits, spinnerbaits, buzzbaits and every other kind of bait. Just run it into the cover so that the lure ricocheted. It would often trigger a vicious strike.

You can even get a directional change by bouncing your crankbait off the bottom. The digging action produces random deflections that will often produce reaction strikes from nearby bass. It’s why good crankbait anglers always opt for a lure that dives a foot or two deeper than the area they’re fishing. 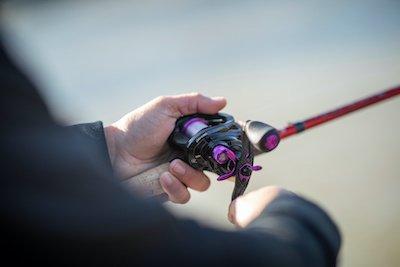 But these deflections are pretty basic methods for triggering crankbait strikes, and most bass anglers worth the salt in their plastic worms know about them. Fortunately, there’s one important directional change that only the most sophisticated crankers use, and that one involves the natural trajectory of your crankbait.

This trick is most effective with baits that dive to ten feet or more. It’s best if there’s some depth between you and the area where the directional change occurs, especially if the water’s clear.

Every crankbait follows an arc beneath the water during the course of a retrieve. That arc includes the initial dive angle as the bait gets down to its running depth, a lengthy (at least on a long cast) and flat section during which the lure runs its deepest and an angle of ascension — the point where the lure turns upward and starts climbing toward the rod tip.

Though it varies from crankbait to crankbait, the point at which the lure makes its upward turn is usually after about 75 or 80 percent of the retrieve is complete, and this is the key area — the area where that final directional change occurs. Top crankers know the diving arcs of their baits and where they make this turn. They take this information and use it to position their boats for the irresistible double-whammy of directional shifts. They position their boat and make their cast so that their crankbait connects with cover or structure for a ricochet at the same point that the lure begins to arc toward the surface. That’s two directional changes in one, and it’s often more than bass can stand.